Why is Snowflake so Valuable?

Two weeks ago, Snowflake had the largest IPO ever for a software company. On the first day of trading, the stock price doubled, giving Snowflake a market cap of over $60 billion. Snowflake became all that everyone was talking about. There was so much hype, my mom, who doesn't even know what Snowflake is, decided to invest in Snowflake.

At first glance, the valuation of $60 billion seems absurd. Not only is Snowflake not profitable, having a net loss of $349 million in 2019, but their revenue is also small relative to their valuation. Their revenue over the last 12 months was $403 million. Based on that, their market cap is around 150x their revenue. So why exactly is their market cap so high? Besides revenue and profitability, there are a number of other metrics that investors look at. Compared to similar software businesses, Snowflake has god-like metrics. In this post, I'm going to go through a number of metrics from Snowflake's S-1, explain what the metrics mean, and give context on just how exceptional Snowflake's metrics are.

The first metric that stands out is Snowflakes 121% year over year growth. To give you a sense of how fantastic it is, you can compare it to the growth rates of other companies at IPO. Institutional Venture Partners looked at how quickly Internet and software companies were growing at IPO.

Based on their numbers, only 25% of companies that are between $75M-$500M in annual revenue are growing at just over 60% year over year. Snowflake's growth rate is nearly twice that! Snowflake's revenue was also $403M for the last 12 months, which would put them at the high end of that range. Not only are they growing significantly faster than other companies, but they are already significantly larger!

You will notice that Snowflake's net retention rate of 158% is significantly higher than all of these!

Net promoter score (NPS) is a way of measuring customer satisfaction. It's convenient because it's easy to calculate and boils down customer satisfaction to a single number, making it easy to compare NPS between different companies. To compute NPS, a company performs a survey of their customers. The company asks "On a scale of 0 to 10, how likely are you to recommend this company’s product or service to a friend or a colleague?". Anyone that answers 9 or 10 is deemed a "promoter" of the product, while anyone that answers 6 or less is considered to be a "detractor". To compute the NPS, you take the percentage of users that are promoters and subtract the percentage of users that are detractors. This results in a number between -100 and 100 which is the NPS.

To give some examples, an NPS of 0 means your company has just as many promoters as detractors, whereas an NPS of 100 means everyone loves your product. Here are the NPS's for a few well known companies according to satmetrix:

The average Snowflake customer pays Snowflake $165k a year. Average contract value (ACV) is a useful metric to look at because it gives you a rough sense of how efficient a sales team is. To elaborate, there's a similar amount of work needed for a sales person to sell a $50k deal as there is for a sales person to sell a $100k deal. This is because most of the work a sales person does such as giving a demo, dealing with the paper process, and negotiating, have to happen regardless of how much the contract actually winds up being. Closing a $100k deal brings in twice as much revenue as a $50k deal does, but it's not usually twice as much work.

For this reason, higher average contract values are usually better. According to KBCM Technology Group, 29% of software businesses have an ACV between $50k-$250k, and only 9% have an ACV greater than $250k. That gives Snowflake a relatively healthy ACV.

Not only does Snowflake have a high ACV, but their high end contract values are also really high. Snowflake has 56 customers that pay them over $1M a year. They also have Capital One, their largest customer, account for 11% of their 2019 revenue with approximately $29M.

Snowflake's net loss of $349M during 2019 does not sound good, but it does not tell the full story. There are two issues with using profit as a metric when looking at a subscription software business:

Addressing each of these points:

You can see the impact this has by looking at the $688M Snowflake has in "remaining performance obligations". This $688M is money that Snowflake's customers have either already given to Snowflake or have contractually committed to giving to Snowflake, but it won't show up as revenue until the customers use the credits they purchased.

The other thing to look at is what they are spending the money on. Snowflake is making money on every sale. They have a gross profit of 62% so they have no problem running the product. The thing is they are spending A LOT on sales and marketing. Their total net loss for the last six months was $171M while during the same time period they spent $191M on sales and marketing. If they wanted to, they could stop investing in growth, lay off their entire sales and marketing team, and they would become profitable. In other words, Snowflake could be profitable if they wanted to, but they are intentionally choosing not to, and are instead focusing on growing the customer base.

In practice, Snowflake probably sees a return on investment much sooner. A company pays for Snowflake well before Snowflake is able to count that money as revenue.

So does it make sense for Snowflake's market cap to be 150x their revenue. I definitely think it's high, but I it's certainly plausible. They're growing faster, have higher customer satisfaction, and just have phenomenal metrics across the board when compared to similar businesses. 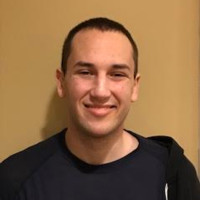